Assel Kurmanbayeva’s relationship with the “leader of the nation” – a title Nazarbayev holds for life – has never been officially confirmed or denied. But rumors have circulated about her status as a tokal, or unofficial wife, since winning the Miss Kazakhstan beauty pageant as a teenager in 1999. Images of her two sons’ passports leaked on news sites. shown that they used the surname “Nursultanuly”, as would be the custom in Kazakhstan for the children of a man named “Nursultan”. 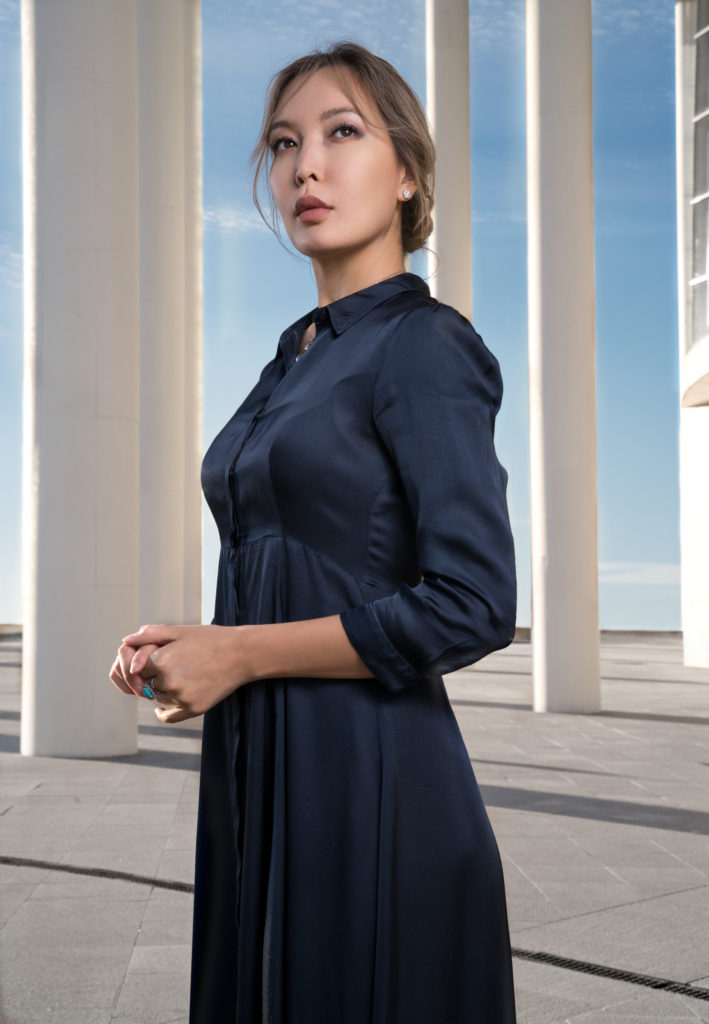 Now 40, Kurmanbayeva is artistic director of two public dance institutions and owns several companies involved in ballet and national dance. But whatever income she earns from her cultural work, it must pale in comparison to the fortune she received from the depths of Nazarbayev’s inner circle.

The $ 30 million payment followed a number of share transfers involving six offshore companies, all but one registered in the British Virgin Islands (BVI). Because the territory is a notorious paradise for offshore secrecy, the transaction would have remained hidden forever – without the Pandora Papers.

The set of millions of offshore documents has been leaked to the International Consortium of Investigative Journalists and shared with OCCRP and other media partners around the world, offering insight into how powerful and wealthy people use corporations. secret screens to move money.

In the Kurmanbayeva case, documents reveal the involvement of two men who have long been said to be Nazarbayev’s confidants: oligarchs named Vladimir Ni and Vladimir Kim who made their fortunes in the notoriously corrupt natural resources sector of the Kazakhstan.

The $ 30 million payment to Kurmanbayeva was structured as a sale, in which she gave up her stake in a mysterious BVI company that appeared to be doing no business. She received the money two months after Ni’s death in 2010 from a business taken over by her daughter; Kim witnessed the payment.

Journalists reached out to Nazarbayev, Kim, the Ni family and Kurmanbayeva to comment on this story. None responded.

The birth of two fortunes

Ni and Kim’s wealth and influence can be attributed to the privatization of Kazakhstan’s vast mineral resources that transformed the country’s economy in the 1990s – and created a new class of powerful men with ties to Nazarbayev . 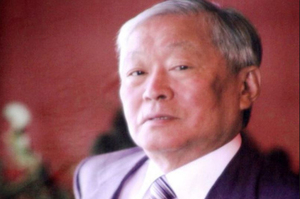 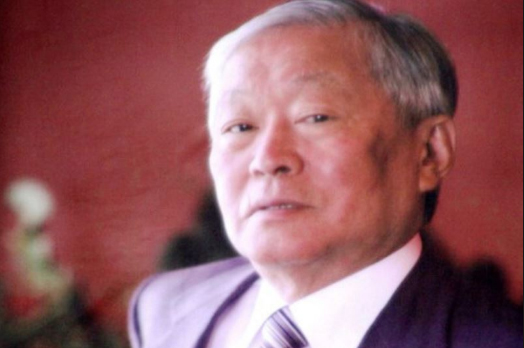 Often referred to as the president’s right-hand man and widely regarded as the second most powerful man in the country, Ni was the older and more influential of the two oligarchs until his death. 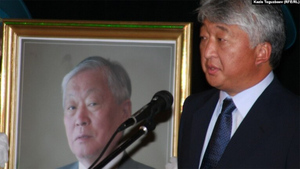 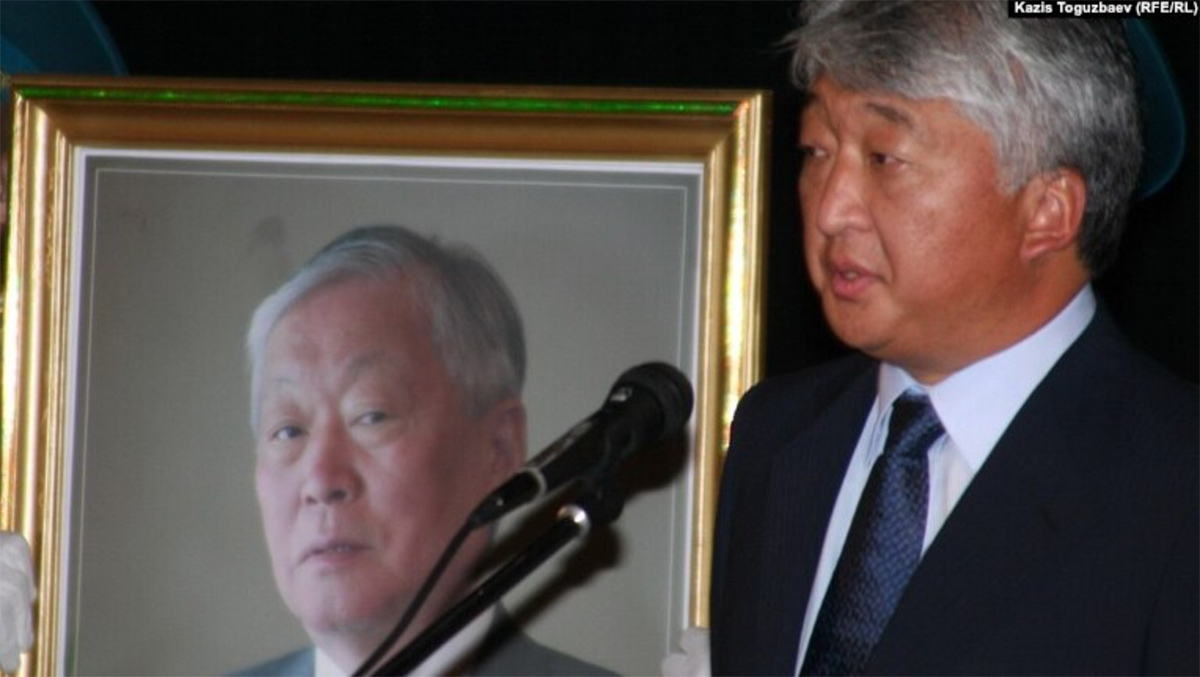 Of Korean descent, Ni was born in Soviet Russia and moved to Kazakhstan when he was young to work in the government. In the mid-1980s, he served as Nazarbayev’s assistant when the older man became Prime Minister of the Soviet Republic.

Ni remained close to the top after the country’s independence, first responsible for Nazarbayev’s program and other presidential administrative affairs, and then for the management of property belonging to the presidential apparatus.

This placed him near the seat of power as the Soviet-era mining companies from Kazakhstan came into private hands. Ni is said to have led the mid-1990s privatization of Zhezkazgantsvetmet, one of Kazakhstan’s leading mining companies, including the sale of a stake to Samsung, the Korean multinational.

During this period, he opened the door of the company to Kim, his young protégé. The two have probably known each other since the Soviet era within Kazakhstan’s tight-knit Korean ethnic community.

Samsung and the Kazakh government started selling their shares in Kazakhmys in 2001, without revealing the buyers. It wasn’t until 2005, when Kazakhmys went public in London, that he revealed the companies that owned them. Several years later, Global Witness, an anti-corruption group, used this information to discover that Kim was its largest shareholder, holding nearly 39%.

He never explained in detail how he could afford such participation.

“Of course, no one gave me any Kazakhmys shares. I started buying them from the start, “he said in a rare 2007 interview,” because I believed in the success of the reforms led by our president.

He did, however, give his mentor a generous gift. In 2006, Kim donated 2.5% of the company’s capital to Ni, apparently for his “excellent service to the company.” The value of this set has been estimated at £ 135million.

🔗 “You are taller than the plane”

The story was revealed in a report from Global Witness. The voices heard on the recording, as well as the way the speakers address each other, suggests that the conversation took place between Nazarbayev, Ni and Kim.

In the recording, Kim is heard convincing the president that an Airbus A330 they bought for him was suitable for his use. “It’s too big,” objected the president.

“Nursultan Abishevich,” Kim replies, “you yourself are bigger than the plane! “

“It has already been purchased,” he continues. “May I ask you a question? Do you like the airplane?”

“Nursultan Abishevich, let the next Kazakh presidents fly smaller planes,” Kim replies. “We have a president, let him fly a bigger plane. It will be a plane like Putin’s.

After the tapes were released, Ni and Kim told reporters the tapes were fake and said their company, Kazakhmys, bought the plane for its own use and then sold it to the government.

As is common with very wealthy people in this part of the world, Kim and Ni owned a number of offshore companies for various reasons, some unknown.

But one of them is particularly interesting: in July 2008, Ni became a shareholder of a BVI-registered company called EMES Holding & Finance (in which Kim was also involved

Kim was a director of Karnell Holding, a shareholder of EMES, between 2003 and 2006. The post of director then passed to his employee. Kim also later became the shareholder of Karnell and may have owned it as early as 2008, but this is uncertain as ownership was hidden behind the bearer shares.

). Unexpectedly, Ni’s partner in this business was a 27-year-old woman who was not known for her great fortune: Nazarbayev’s unofficial third wife, Kurmanbayeva.

EMES is not known to have done business or owned anything of value, and its purpose was unclear. But steps seem to have been taken to keep it a secret: a few weeks later, it acquired another generic offshore company, Ladra Services, to which its shares in EMES were transferred.

Over the next two years, the composition of EMES shareholders changed several times for unclear reasons. In March 2010, EMES was owned by two offshore companies: Ladra Services from Kurmanbayeva and another owned by Ni. 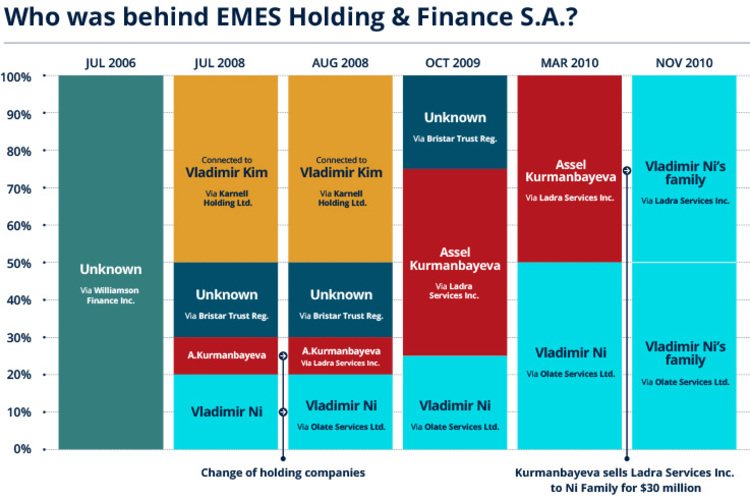 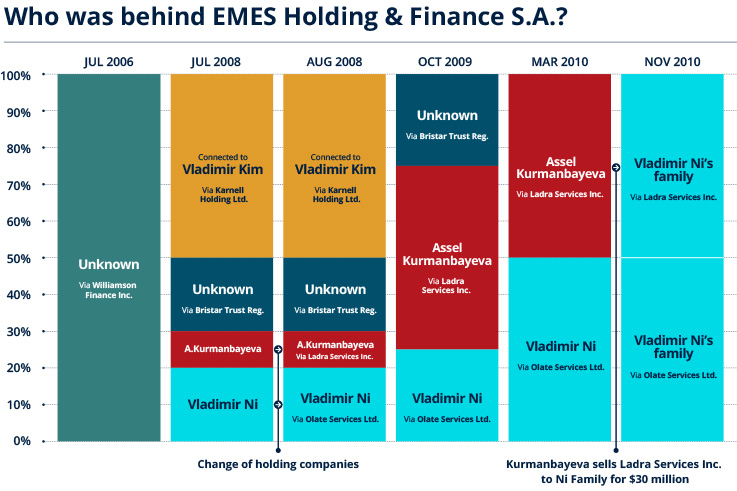 When Ni passed away in September, the arrangement seemed to have reached some sort of conclusion. Just two months after her death, another BVI company called Godel Partners paid Kurmanbayeva $ 30 million for Ladra Services (and the 50% stake in EMES it owned).

Unlike the other companies in this saga, Godel’s ownership structure contains an additional layer of secrecy. The company was owned by a so-called nominee corporation, explicitly designed to act as a substitute for the owner of hundreds of businesses and keep their ownership a secret.

A ballet and a banquet hall

Although Kurmanbayeva’s closeness to the leader of the nation has been known for years, very little about his life has been reported in the Kazakh press.

Virtually the only information available is presumed to come from Rakhat Aliyev, the former husband of Nazarbayev’s eldest daughter Dariga, who was already in exile when he allegedly published passport photos of Kurmanbayeva and her children during his feud with the Nazarbayev family. (Aliyev died in an Austrian prison in 2015, allegedly by suicide.)

The first and last time Kurmanbayeva and Nazarbayev were seen publicly in the same location was when she was among hundreds of people who attended her last annual address to the nation as president at her residence in 2018. .

But Kazakh company records show the president and his unofficial third wife also had business connections.

It turns out that Kurmanbayeva was the founder of a company that created Ballet Astana in 2012.

According to the group’s website, it was founded “on the initiative of the first president of the Republic of Kazakhstan, Nursultan Nazarbayev”. His foundation took over the company less than a year later and then handed it over to the government. Kurmanbayeva remains involved as artistic director.

Oddly enough, the Nazarbayev foundation also dealt with Kurmanbayeva on a very different project. For two months in 2013, he owned a company called Astau that Kurmanbayeva had founded in 2006. Then she became the owner again. 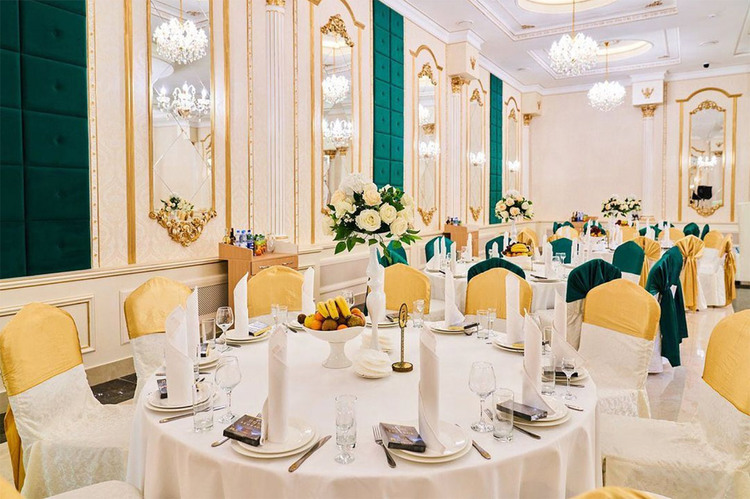 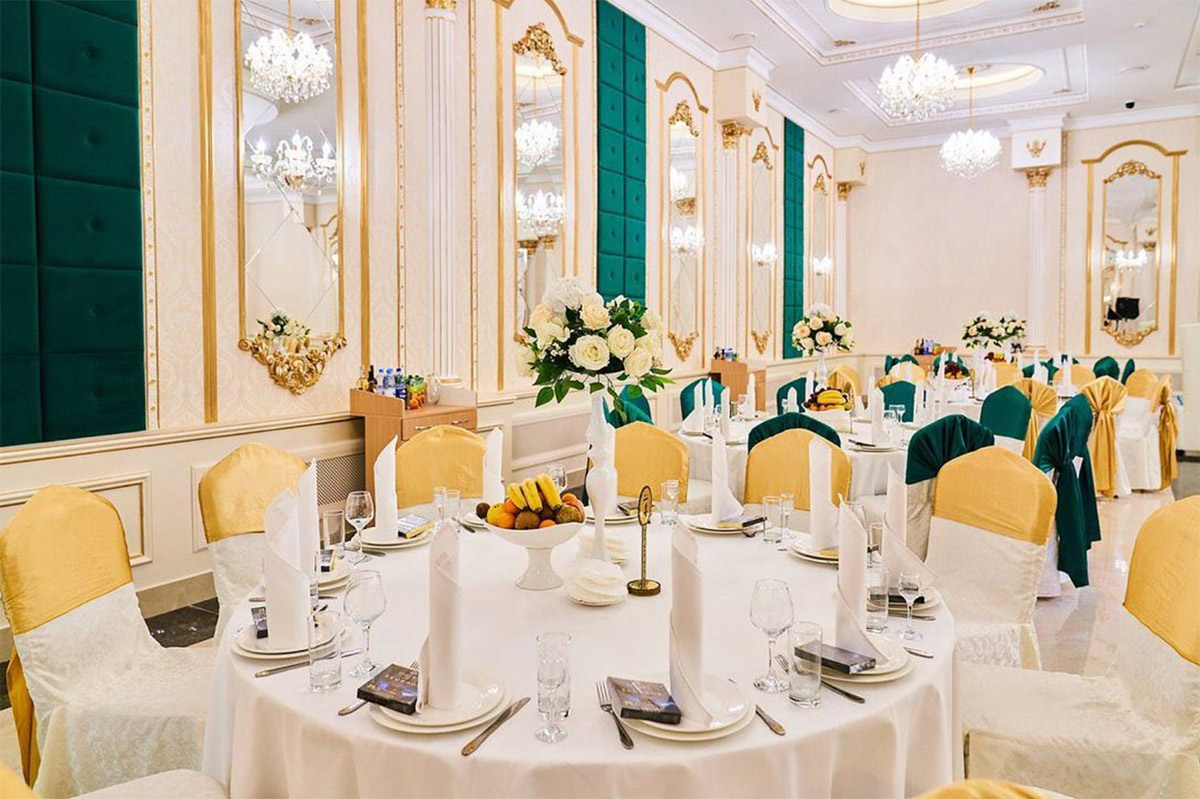 The banquet hall belonging to the company of Kurmanbayeva Astau.

The company owns and operates a banquet hall, spa and beauty salon in downtown Nur-Sultan.

Judging by his tax records, he does very little business. But her Instagram account shows a sparkling banquet hall, happy guests, and food-laden dishes.